Jenkins Johnson Gallery, San Francisco is pleased to present Gordon Parks: Higher Ground, a solo exhibition of over sixty works by one of the most important photojournalists of the 20th century. The gallery’s second solo exhibition for Parks, February 4 through April 2, 2016, will commemorate his photo essays on the Civil Rights Movement. There will be an opening reception on Thursday, February 4, from 5:30 to 7:30 pm.

Gordon Parks (1912 - 2006) was the first black photojournalist to work at Life magazine, from 1948 to 1972. Through Life, Parks documented the stories of those he photographed, personalizing his assignments to tell the broader story of the African American experience. By gaining their trust unlike any other photojournalist, Parks’ empathy and charisma enabled him to gain access into his subject’s world. The show will include works from the essays for Life magazine, Invisible Man, 1952; Segregation Story, 1956; Duke Ellington, 1960 The March on Washington, 1963; The Nation of Islam, 1963; Muhammad Ali, 1970; and The Black Panthers, 1970.

In 2013, Jenkins Johnson Gallery presented Gordon Parks: Centennial, an exhibition of works spanning six decades. Higher Ground presents lifetime silver gelatin prints and color pigment prints that cover a period of strife and turmoil in American History. This show coincides with the one hundred and fiftieth anniversary of the end of the Civil War, as well as the recent milestones of the Civil Rights Act, 1964, and the Voting Rights Act, 1965.

The Invisible Man story is based on Ralph Ellison’s award winning novel that unfolds a visual narrative by capturing the essence of social isolation and the struggle of a black man who feels invisible to the outside world. Invisible Man Retreat, Harlem, New York, 1952, juxtaposes the scene of the man in his small section of the basement hidden below the dark city skyline spanning above his halo of 1,369 lights that illuminate him as he listens to records. “My hole is warm and full of light. Yes, full of light. I doubt if there is a brighter spot in all New York than this hole of mine, and I do not exclude Broadway.” Higher Ground precedes the May 2016 opening of the Art institute of Chicago’s Invisible Man: Gordon Parks and Ralph Ellison in Harlem.

The year 2015 marked the sixtieth observance of what many call the beginning of the Civil Rights Movement. On December 1, 1955 Rosa Parks pressed on the upward way, by refusing to give up her bus seat to a white passenger in Montgomery, Alabama, which led to the organized bus boycotts. Life sent Gordon Parks down on assignment to Mobile, Alabama to document the Jim Crow laws “Separate but Equal”. Parks’ story The Restraints: Open and Hidden focused on the daily lives of Mr. and Mrs. Albert Thornton, their nine children, and nineteen grandchildren. Parks photographed the family and their daily life from Alabama to Tennessee, showcasing racism and segregation. After the Life story was published the family received death threats causing one family to abandon their home. Untitled, Alabama, 1956 tenderly depicts two young girls playing with teacups in murky water in front of a typical southern shanty shack. The images that Gordon captured in the series Segregation Story shed an unavoidable light on the realities of the Jim Crow South. In the churches, homes, fields and streets of the segregated south one would often hear the old spiritual hymn:

Pressing on the upward way • New heights I am gaining every day; Still praying as I onward bound • Plant my feet on higher ground.

Pressing onward, the Reverend Martin Luther King Jr. was the leader of the Civil Rights Movement. Gordon Parks captured the timbre and sound of the March on Washington in the photograph Untitled, Washington, D.C., 1963, where King gave his infamous “I have A Dream” speech. In contrast to the non-violent movement led by King, the Nation of Islam (Black Muslims) encouraged the separation of black and white Americans. They scorned the Civil Rights Movement for their emphasis on integration. Fed up with the government and its society, the Nation of Islam established their own subculture that was self-sustaining with separate schools, stores, places of worship, and self-defense training.

Gordon was given the unprecedented opportunity to document the private world of The Black Muslim movement when Elijah Muhammad, the spiritual leader of the Nation of Islam, refused interviews with white Life reporters. Malcolm X, a passionate spokesman for the movement, was Parks’ first contact and guide. The photo essay is one of Parks’ most groundbreaking stories, documenting all facets of the Black Muslim community.

Higher Ground highlights images of prayer, education (of both children and adults), meetings and speeches by the group’s leaders. Their stance was exemplified and condensed into Malcolm X’s rally cry: “We declare our right on this earth to be a man, to be a human being, to be respected as a human being, to be given the rights of a human being in this society, on this earth, in this day, which we intend to bring into existence by any means necessary.” February 21, 2016 marks the fifty-first anniversary of the assassination of Malcolm X.

Lord, lift me up, and let me stand • By faith on Heaven’s tableland; No higher plane that I have found • Plant my feet on higher ground. *

Higher Ground will feature Muhammad Ali as a Civil Rights activist. Considered “the greatest” boxer, Ali converted to Islam through the encouragement of Elijah Muhammad and Malcolm X. In 1967, citing religious beliefs, Ali became a conscientious objector to the Vietnam War. Arrested and found guilty on draft evasion, Ali was stripped of his heavy weight champion boxing title. Ali stated, “I ain't got no quarrel with the Vietcong... No Vietcong ever called me nigger.” Stripped of his title and livelihood, he became a political activist. In 1971 the Supreme Court overturned his conviction.

Meanwhile Gordon Parks was sent to Berkeley, California to meet with Stokely Carmichael, an influential and revolutionary Civil Rights leader, who coined the term “Black Power”. He traveled with Carmichael for three months from California, to Mississippi, and New York, photographing his political rallies and speeches. In 1968, Carmichael was recruited into the Black Panther Party and became the party's Prime Minister.

The Black Panther Party, founded 1966 in Oakland, California, was led by Huey Newton, Bobby Seale, and Eldridge Cleaver. Practicing militant self-defense of black communities the group monitored the police and challenged their prevalent brutality. The group was recognized for their combative revolutionary methods, and their battle cry “Black Power”. Gordon Parks was given the assignment to report on the Black Panthers in 1970, shortly following two gun battles with police in Los Angeles and Chicago. He met the group and it’s leaders at the San Francisco Bay Area headquarters, where he was able to observe and photograph their secret meetings, as seen in the photograph Untitled (Black Panthers), 1966. The year 2016 marks the fiftieth anniversary of the establishment of The Black Panther Party.

Gordon Parks documented a time in American history that brought about the attention of the nation and acted as a catalyst for the Civil Rights Movement. He exposed wrongs and highlighted the humanity in people, not with broad strokes but with the telling detail of intimate moments. He is quoted saying “I saw that the camera could be a weapon against poverty, against racism, against all sorts of social wrongs. I knew at that point I had to have a camera.” Gordon Parks, an iconic photographer, writer, composer and filmmaker, truly a Renaissance man, inspired storytellers and image-makers. 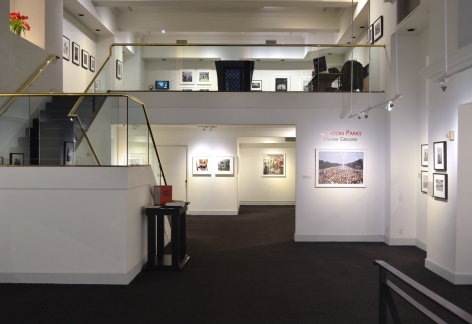 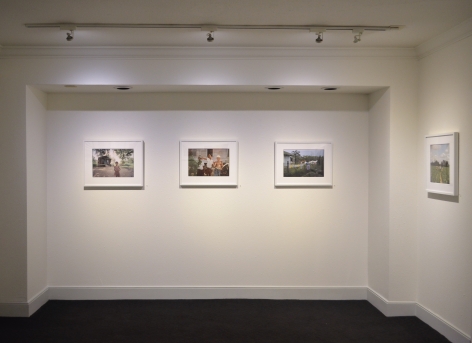 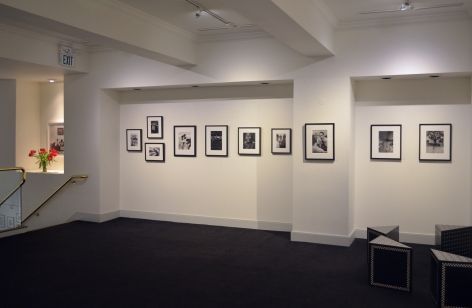 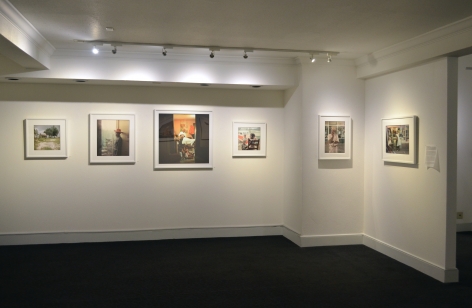 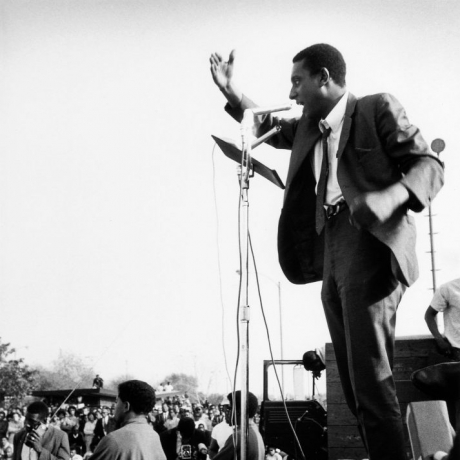 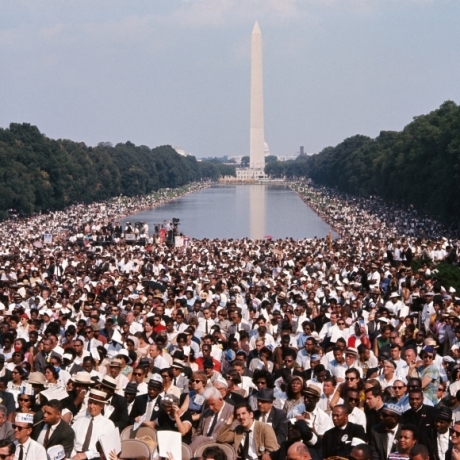 In the News
"Photos that changed the world: The despair of black Americans in the 1940s, captured by Civil Rights activist Gordon Parks"
Daily Mail / ALEXANDRA GENOVA 03/27/2016
View More 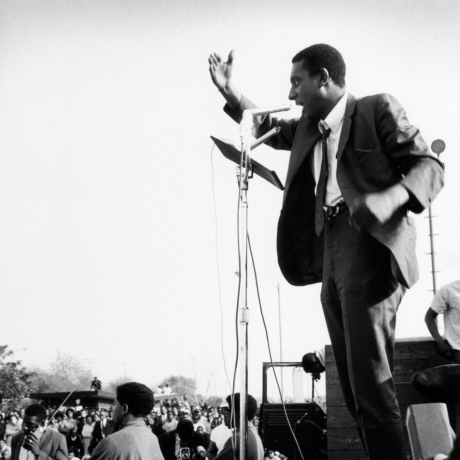 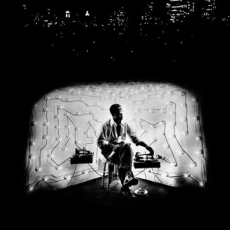 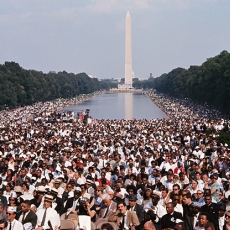 In the News
"GORDON PARKS, THE CIVIL RIGHTS MOVEMENT, AND THE PICTURES THAT CHANGED THE WORLD"
Feature Shoot / Ellyn Kail 02/02/2016
View More 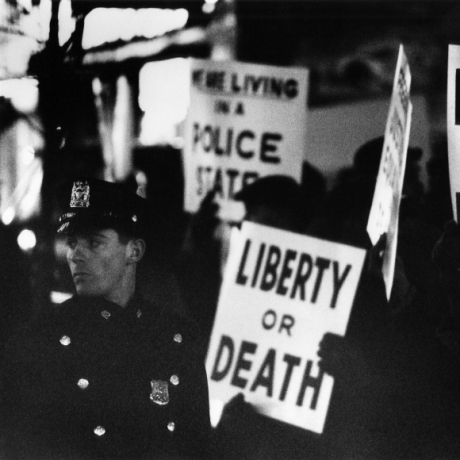 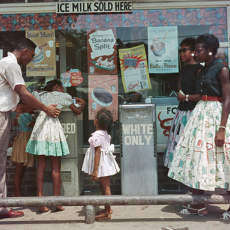