“...I feel it’s the heart, not the eye, that should determine the content of the photograph. What the eye sees is its own. What the heart can perceive is a very different matter.” —Gordon Parks

Rhona Hoffman Gallery is thrilled to present an exhibition of photographs by Gordon Parks, one of the greatest documentarians of 20th-century American and African American life. Focusing particularly on Parks’ images of African American youth, the exhibition This Land Is Your Land includes works from the 1940s to the 1960s, many of which are being shown for the first time.

Children were a subject Parks captured throughout his career. Photographing them allowed Parks to expose contemporary issues of racial, social, and economic inequality, while also often presenting the possibility of a hopeful future. Included in the exhibition is the iconic image Doll Test, Harlem, New York (1947), which documents the infamous psychological experiment that tested the effects of segregation on black children, as well as selections from Parks’ 1956 Life Magazine photo essay “A Segregation Story.” Meanwhile, in the more ambiguous Untitled, Harlem, New York (1963), a young boy stands astride a police barrier—the setting left undetermined to the viewer—exuding a casual self-possession that can only come with youth.

Together, the works in This Land Is Your Land attest to the singular vision of one of America’s most important photographers, artists, and advocates for social justice.

One of the seminal figures of twentieth century photography, Gordon Parks left behind a body of work that documents many of the most important aspects of American culture from the early 1940s up until his death in 2006, with a focus on race relations, poverty, civil rights, and urban life. Born into poverty and segregation in Kansas in 1912, Parks taught himself photography after buying a camera at a pawnshop. He found employment with the Farm Security Administration (F.S.A.) in the 1940s, which was then chronicling the nation’s social conditions, before his employment at Life magazine (1948-1972). He has received countless awards, including the National Medal of Art, and his work has been the subject of numerous exhibitions, including the National Gallery of Art, Washington, D.C., The Museum of Modern Art, New York, and The Art Institute of Chicago 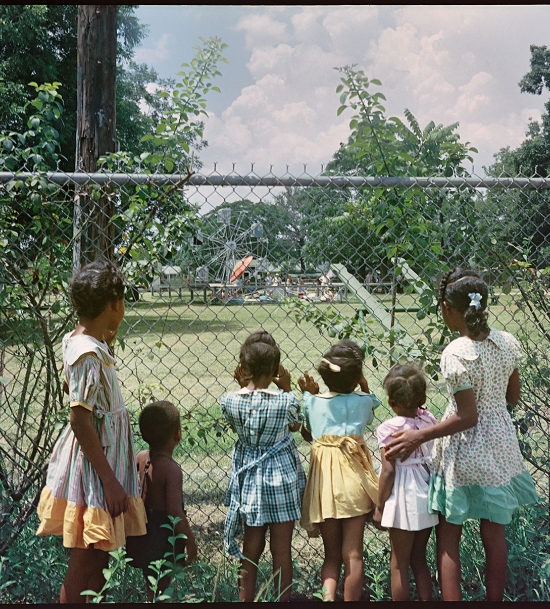