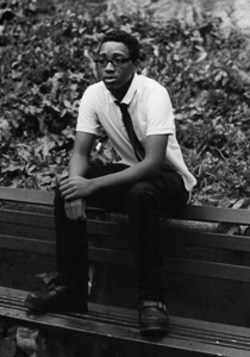 Zakhele Zamisa was born in New York City on February 10th, 1997. Since childhood, he has embraced his creative and artistic side. Zahkele has always been interested in the different forms of art, such as drawing, making music, film, and photography. He started to attend Harlem School of the Arts in 2008 for lessons in film and graphic design. Zahkele began taking a class in photography at HSA when he received an HSA Prep scholarship to study many visual art forms. Before then, his only experience in photography was from camera phones and simple digital cameras. Even though he hadn’t had as much experience as his other classmates, it wasn’t too hard to catch on and keep up with the class. He has learned a lot from working in black and white photography and appreciates it even more as an art form. Zahkele would like to continue learning photography and perhaps do more with it in the future.