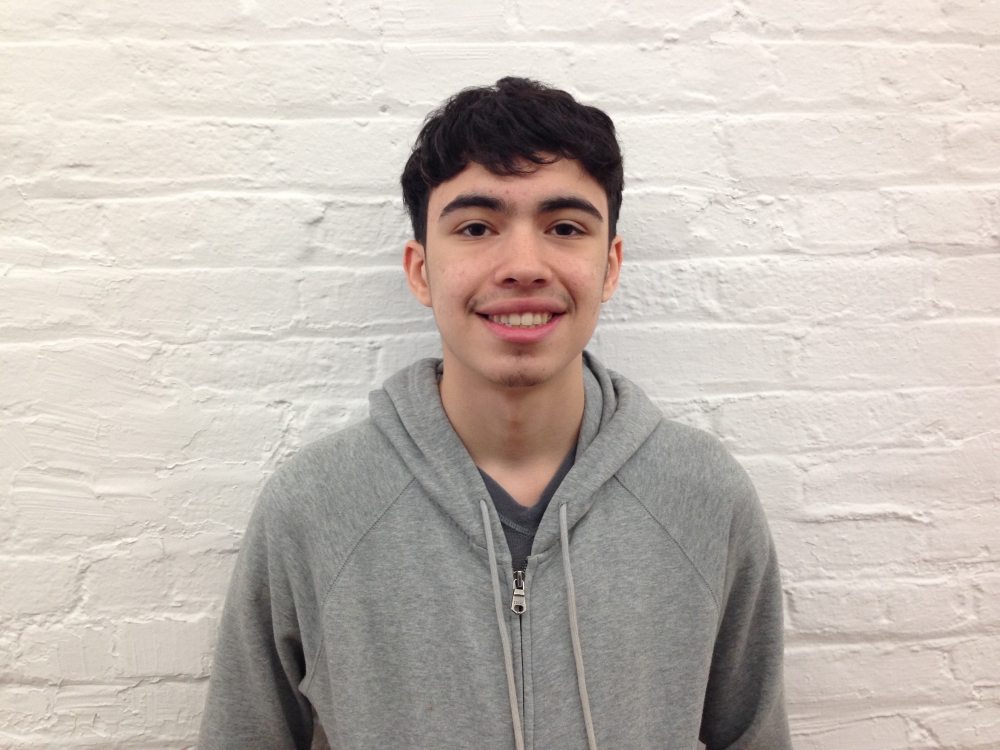 Tristen Torres was born and raised in the Bronx. He currently attends The Cinema School.  His interest in film began with his parents, who went to the movies with Tristen growing up.  Art has always been a mainstay in his family:  drawing, painting, sculpting and being creative are a staple of the Torres household.  Tristen’s inspiration is Wes Craven whose stylistic choices and originality taught Tristen to think outside the box.  The Cinema School, where Tristen is currently a senior, gave him the opportunity to bring his stories to life.  He is currently in post-production on his thesis film “Anamnesis,” which premiered this spring and will be travelling to Stockholm, Sweden in August to complete his 2014 Thesis Film Project. Tristen will use his scholarship to pursue filmmaking in college, which he will be attending in the fall.