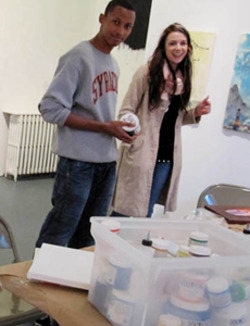 Quentin Williamston is a senior at the Fiorello H. LaGuardia School for Music and Art & the Performing Arts in New York City. He has participated in Rush Education Programs since 2004, including Rush Kids and Rush Teens. He was a Rush Education Intern and Mentor and he participated in the Rush Portfolio Development pilot. Quentin has also been involved in the Black Student Union and through that involvement he co-organized a fundraiser for the American Cancer Society’s Relay for Life. He has also been a member of Aspira, attending weekly discussions on local, national and global issues, and he is a member of the Mathematics Club, competing in weekly math challenges at his school.