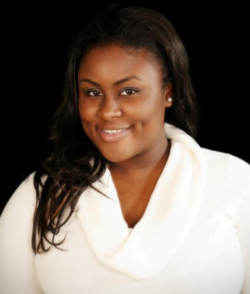 Nia Drummond, 17, is a native of Brooklyn, NY and is a senior at Brooklyn High School of the Arts. She has appeared as a solo performer at the Apollo and as a contestant of American Idol. Nia also appeared in the New York Times. Besides her solo career, Nia has sang with acclaimed ensembles such as the GRAMMY © award-winning Brooklyn Youth Chorus, the award winning Young People’s Chorus of NYC and the NY State Summer School of Choral Studies (NYSSSA). While singing with these ensembles, Nia has sung with Sir Elton John, Bette Midler, and Billy Joel to name a few. She has also appeared in choruses under the batons of Michael Tilson Thomas, Lorin Maazel, Marin Alsop, and Renee Clausen. Nia has additional appeared in competitions and concert series in Dominican Republic and Austria. Nia hopes to travel next summer to China in July of 2012 for the World Choral Summit with the Young People’s Chorus of NYC. Recently, Nia was selected as a Young Arts Finalist in Jazz Voice by the National Foundation for the Advancement of the Arts in January 2012. The National YoungArts Foundation (formerly known as the National Foundation for Advancement in the Arts) was established in 1981 by Lin and Ted Arison to identify and support the next generation of artists, and to contribute to the cultural vitality of the nation by investing in the artistic development of talented young artists in the visual, literary, and performing arts. YoungArts provides emerging artists with life-changing experiences with renowned mentors, access to significant scholarships, national recognition, and other opportunities throughout their careers to help ensure that the nation’s most outstanding emerging artists are encouraged to pursue careers in the arts.