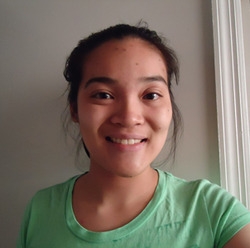 Linda was born and raised in downtown Manhattan. She is currently a senior at Baruch College Campus High School. She joined Ghetto Film School without any knowledge of the film industry. Film was the perfect creative art form for her. Her 6-minute silent film, “Love-Zero,” was one of the ten shorts that was screened at Lincoln Center during the summer of 2011. She was also chosen to be the editor of GFS’ 2012 Thesis Film Project, “The Drum,” which was produced in Johannesburg, South Africa. Linda will be attending Brooklyn College in the fall of 2013.