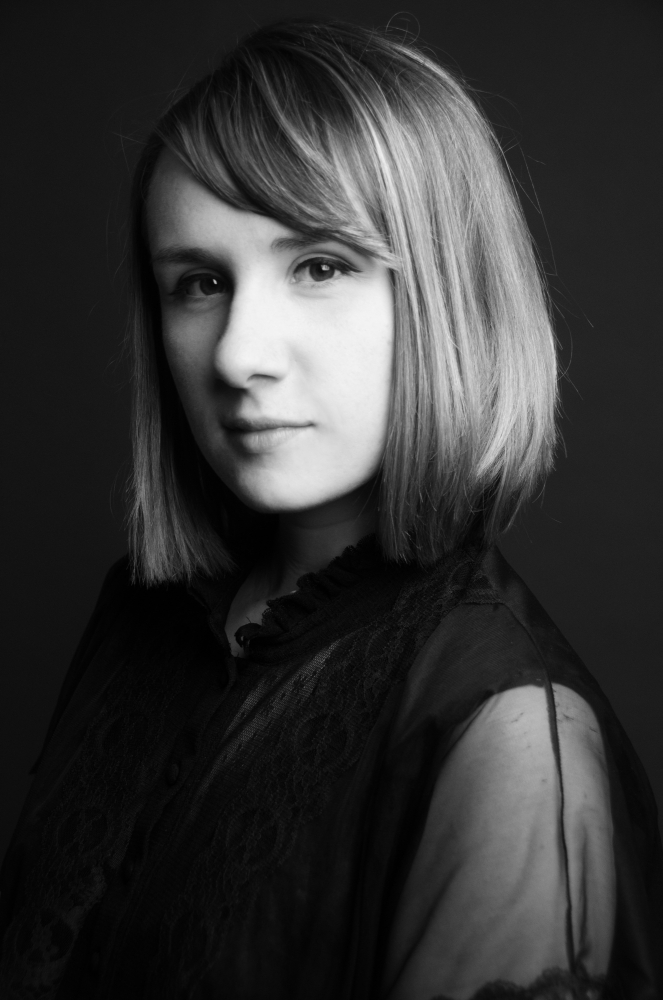 Jordan Tiberio--a native of Rochester, New York-- is a junior at the Fashion Institute of Technology studying photography. Tiberio considers herself less a photographer and more a scientist whose subjects gently blossom underneath the lens zoom of her microscope. She discovers things otherwise unseen or buried: emotions so small you can feel her holding her breath as she observes them. Like magnified images of sand particles, her subjects are at once exquisite and otherworldly.  But unlike the cold images of a scientist, Tiberio’s works are charged with affection, pulling her viewer into her blanket of empathy, even in her still-life images. Her work is heavily composed of studies of intimacy, though she does not limit herself to one subject matter. Tiberio strives to find the odd in the ordinary with every image she creates. She is looking forward to her last year at the Fashion Institute of Technology where her work has already been the recipient of numerous awards and has appeared in several magazines.