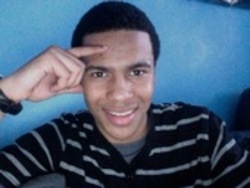 Jared Ray was born and raised in the Bronx, New York and is a graduate of St. Raymond’s Elementary School. He was 12 years old when he created his first story which was a comic book drawn in stick figure form. In his Junior year of high school, Jared made the decision to pursue a career as a filmmaker. Jared joined the Ghetto Film School in the summer of 2010. His 6-mInute short film, “In Darkness,” screened at Lincoln Center in September 2010 and won one of three Lincoln Center Grand Jury Prizes. In January 2011, Jared was one of 7 students picked to attend the Sundance Film Festival in Park City, Utah and got to fully experience all of the festivities surrounding it. His thesis script, “Prank,” was chosen as Ghetto Film School’s 2011 Thesis Project, and was shot in Shanghai, China. Jared currently attends college at Purchase College/SUNY’s highly regarded film conservatory from where he will graduate in 2015. “Prank” debuted at the HBO Theater last month to a full audience.