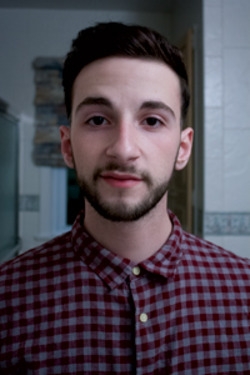 Daniel Naman is a sophomore photography major, born and raised in rural, upstate New York. When inquisition always elicited the same intolerant reaction, Daniel’s photographic work developed its own questions. Starting with a question, opinion, or concept, his pictures are constructed from the ground, up. His work analyzes the confines and inequalities of gender that encompass American society, as well as visually portraying the psychological countenance of habitual human ailments. Deriving heavy influence from the likes of Jeff Wall and Gregory Crewdson, Daniel’s pictures induce a drama that does not originate in the natural world. This drama attempts to create an atmosphere that rearranges the common perspective of a subject that is perceived as ordinary.