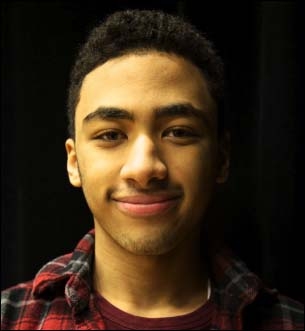 Andrew Grell is an 18-year-old, born and raised in the Bronx, New York.
Throughout his high school career at The Cinema School, Andrew has directed, written,
and edited a number of films such as “Just My Luck”, “Phantoms of the Past”, and
“Discretion,” which debuted at the Walter Reade Theater at the Film Society of Lincoln
Center in 2014. Some of Andrew’s other hobbies include track & field and reading. A
current Fellow in The Cinema School’s Honors Film Program, Andrew aspires to
become a writer/director of feature length films. Andrew’s dream is to make films that
are innovative and revolutionary: films that will echo in the minds of individuals for
years to come. He is currently preparing his pitch to write/direct the 2015 Thesis Film
Project in La Coruna, Spain in August.