Seated between two summer concert sponsors, Mrs. John Alden Carpenter and Mrs. William Phillips, wife of the former U.S. ambassador to Italy, Jazzman Louis Armstrong exclaimed, “Honey, those cats are really gonna dig that place!” The place was Castle Hill, a spacious Massachusetts estate operated by the Castle Hill Foundation and dedicated to art, concerts, and ballet. The foundation had invited Louis to give two concerts that drew a sedate crowd of 6,000 which, as one lady said, “wanted to see what this hepcat business was all about.”

Born and raised in New Orleans, Louis Armstrong first gained notoriety in the 1920s as a member of King Oliver’s Creole Jazz Band in Chicago. His recordings as a band leader in the late 1920s, with the Hot Five and Hot Seven ensembles, established him as the first great jazz soloist. Armstrong’s virtuosic trumpet playing altered the history of jazz by making solo improvisations the focal point of performances. In the 1930s and 40s, his music helped entrench jazz’s popularity. Armstrong was frequently listed among the country’s most admired artists, and he became a symbol of racial pride.

In the postwar years, as jazz absorbed a multitude of influences and reintroduced as an artistic form, Armstrong sometimes became the target of criticism from the generation that followed in his footsteps, not least for his embrace by mainstream white audiences. While closely attuned to matters of race and politics, Armstrong was rarely vocal—”I don’t get involved in politics,” he said, ”I just blow my horn.” In an unprecedented move that was met with as much praise as criticism, he famously spoke out against school segregation in Little Rock, Arkansas in 1957. While on tour with his All Stars band in Grand Forks, North Dakota, Armstrong conducted in an interview with a local journalist in which he sharply criticized president Eisenhower and Arkansas governor Orval Faubus, asserting, “It’s getting almost so bad a colored man hasn’t got any country.” 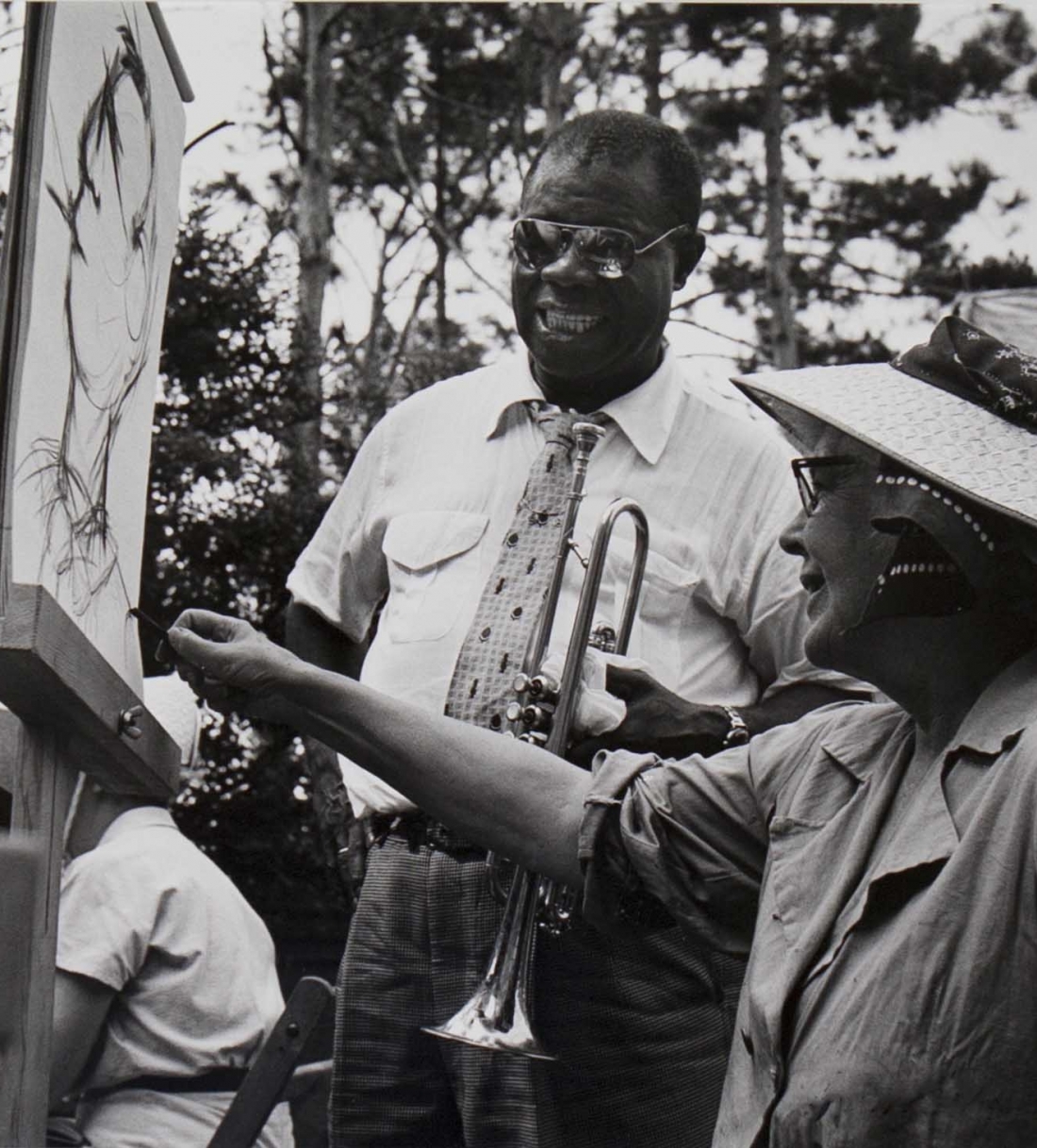 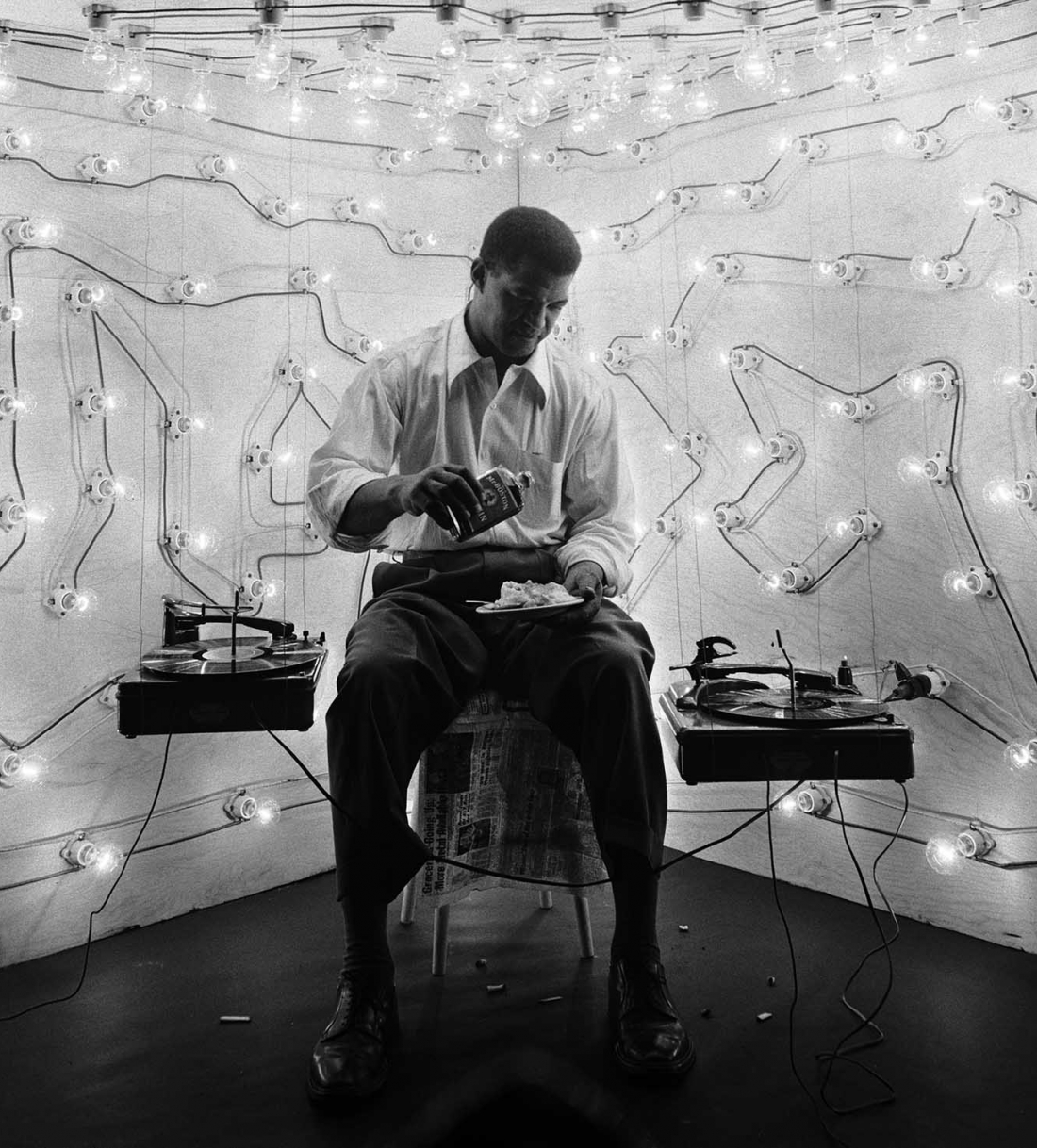 In July 1955, Louis Armstrong became the first jazz musician to play at the Castle Hill Foundation, housed at the sprawling Crane Estate in Ipswich, Massachusetts. From 1951 through 1971, the organization hosted a series of concerts, operas, ballets, and theater performances to generate revenue for the ongoing preservation of the estate. Following Armstrong’s 1955 performance, jazz became the main draw at the estate, with a lineup that featured jazz legends such as Count Basie, Ella Fitzgerald, Duke Ellington, and many others. Armstrong’s performance and stay at Castle Hill was documented by Gordon Parks, who photographed the legendary musician on several occasions.

Parks and Armstrong were bound by many aspects of their career, most notably by their shared commitment to using their chosen mediums as transformative, powerful tools for social change.  Not to be overlooked is their keen awareness of their powerful and conflicted relationship to both Black and white audiences.

Just three years before he traveled to Ipswich to photograph Armstrong, Parks famously collaborated with Ralph Ellison on a picture essay for Life magazine celebrating the release of Ellison’s seminal novel, Invisible Man (1952). Among the best-known images from that series is one depicting the protagonist’s subterranean retreat. The composition serves as a close read of Ellison’s prose, particularly its powerful reference to Armstrong’s music - an homage to its enduring power:

“Sometimes now I listen to Louis while I have my favorite dessert of vanilla ice cream and sloe gin. Perhaps I like Louis Armstrong because he’s made poetry out of being invisible.” 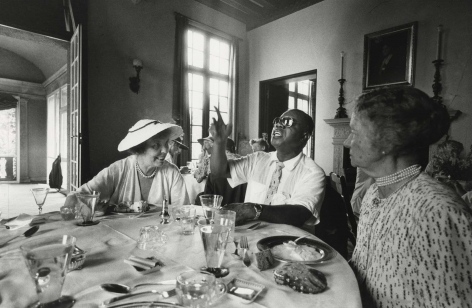 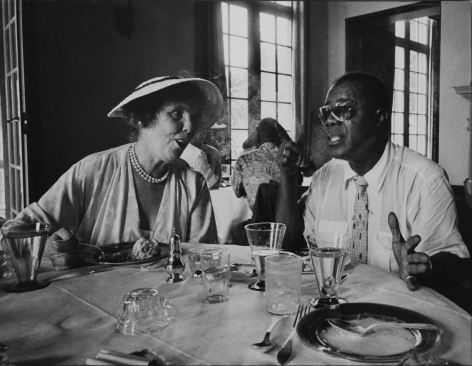 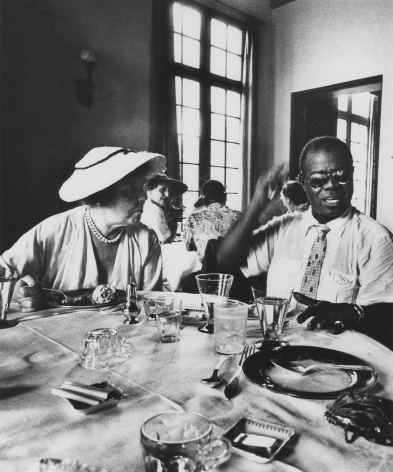 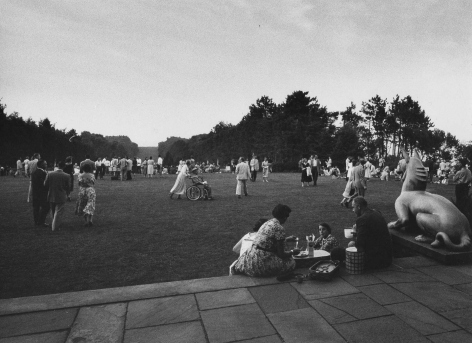 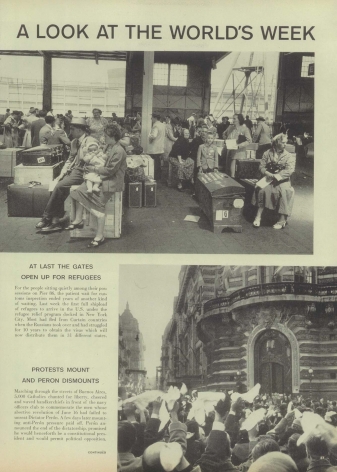 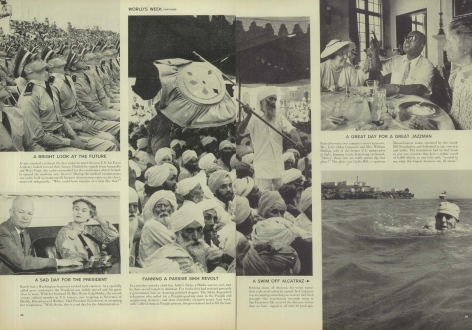