Adamson Gallery is pleased to present an exhibit of photography by Gordon Parks, one of the twentieth century’s foremost documentarians of American life. This comprehensive exhibition spans some of Parks’s most renowned images, from his time as a New Deal photographer, to his seminal work for Life magazine. Together, these photographs not only signify Parks’s keen eye, but also present a capsule history of the twentieth century.

Gordon Parks began his career at Roy Stryker’s Farm Security Administration (FSA), working alongside Walker Evans, Dorothea Lange, and others, while capturing African-American life in Washington DC. After a stint working for the Office of War Administration and other federal agencies, Parks moved onto New York and Harlem in 1944 where he worked both as a fashion photographer for Vogue and for Life magazine, displaying the remarkable breadth of his talent. At Life, Parks produced striking photographic essays of subjects ranging from racial segregation to celebrities like Duke Ellington and Marilyn Monroe. Aside from his photography, Parks was simultaneously a writer, filmmaker, and music composer; he wrote the semi-autobiographical novel, The Learning Tree (1963), along with several volumes of poetry and memoirs, directed the film Shaft (1971), including its sequel, and co-founded Essence magazine in the 1970s. Parks died in 2006 at the age of 93.

Parks’s versatility is in evidence in this selection: many of his most celebrated images convey the action of significant moments, particularly, American Gothic. After experiencing racism in Washington, DC, Parks created this iconic photograph of Ella Watson, a black charwoman holding a broom and mop, standing in front of an American flag, an overt reference to the 1930 painting, American Gothic by Grant Wood. Also included is a poignant portrait of Harlem gang leader Red Jackson gazing out of a window, part of a photo essay which Parks completed for Life in 1948, under the headline, “Harlem Gang Leader: Red Jackson’s Life is One of Fear, Frustration and Violence.” There are portraits of more notable and familiar individuals such as Muhammad Ali training with his hands bound, and Malcolm X addressing a rally in Chicago in 1963. In these candid photographs, Parks has the gift of isolating the moment and making it speak for a sea-change in history. But his posed photographs likewise express action and vitality: in one image, a model in an evening gown is flanked by four tuxedoed suitors, with New York’s Times Square looming behind them. The image is all motion—the model is captured bending backwards to one of the gentlemen, another man is a blur, save for a smiling face. The photograph conveys the kinetic energy of the city, the joy of being young, affluent, and out for a good time. In another image, also taken in 1956, another well-dressed young woman stands in the street, this time accompanied by a little girl. They too, show signs of postwar prosperity and possibility. But they are African American, and they stand under a neon sign indicating a “Colored Entrance”—that possibility is curtailed and restricted by the reality of racial segregation. Parks’s photographs capture specific moments in the American past, while at the same time evoking universal emotions.

As his remarkable career shows, Parks was a master storyteller across many mediums and genres. But he is most known for his powerful photographs, which capture the people, places, and events of a changing American century.

For additional information, please contact Adamson Gallery at (202) 232-0707 or info@adamsongallery.com 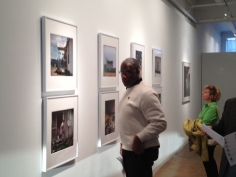 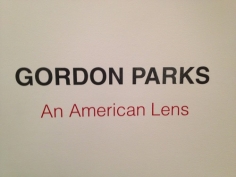 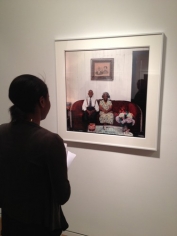 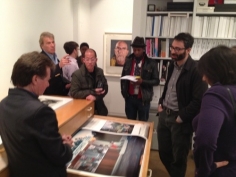 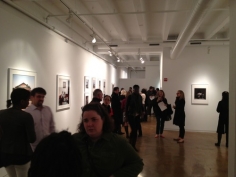 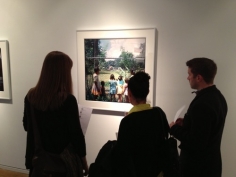 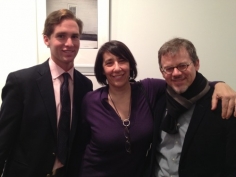 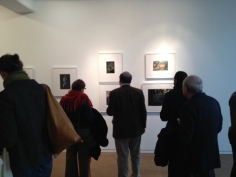 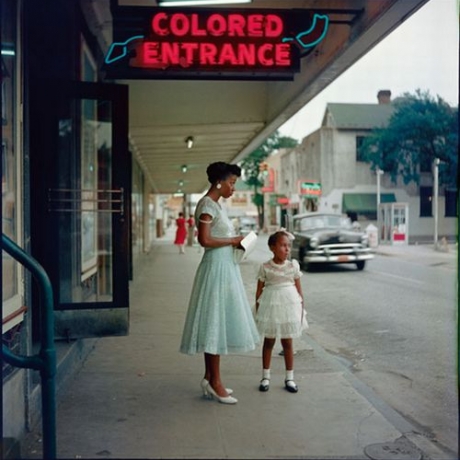