Derrick Adams and Deana Lawson portray the experiences and perceptions of contemporary African American and African diasporic daily life in artworks imbued with notions of family. They collectively explore how their familiar subjects can be elevated through the artists’ subjective and distinctive approaches and, in doing so, define the complexity of the American character.

In a suite of hybrid artworks highlighting Derrick Adams’ dexterity across photography, collage, sculpture and performance, the artist transforms photos from his family album into a vibrant remix of memories and poetic forms. Simultaneously preserving and reactivating the archival photographs, Adams connects the domestic experiences seen in the photographs into new social geographies. For instance, the red, white, and blue bunting that adorns The Citizens interjects the multiplicity of scenes depicting family rituals into the spectacle of American politics and how to literally define “AMERICA.” In the photograph Crossroads, Adams, himself, embraces his nephew Lawrence as they embody urban space. The performative nature of the work complements Gordon Parks’ recreations of scenes from Ralph Ellison’s The Invisible Man that he shot for Life Magazine in 1952 in which the protagonist emerges from beneath the surface of the street. 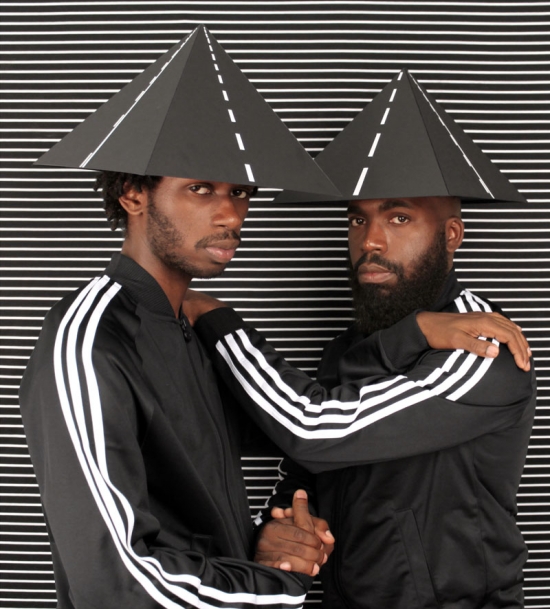 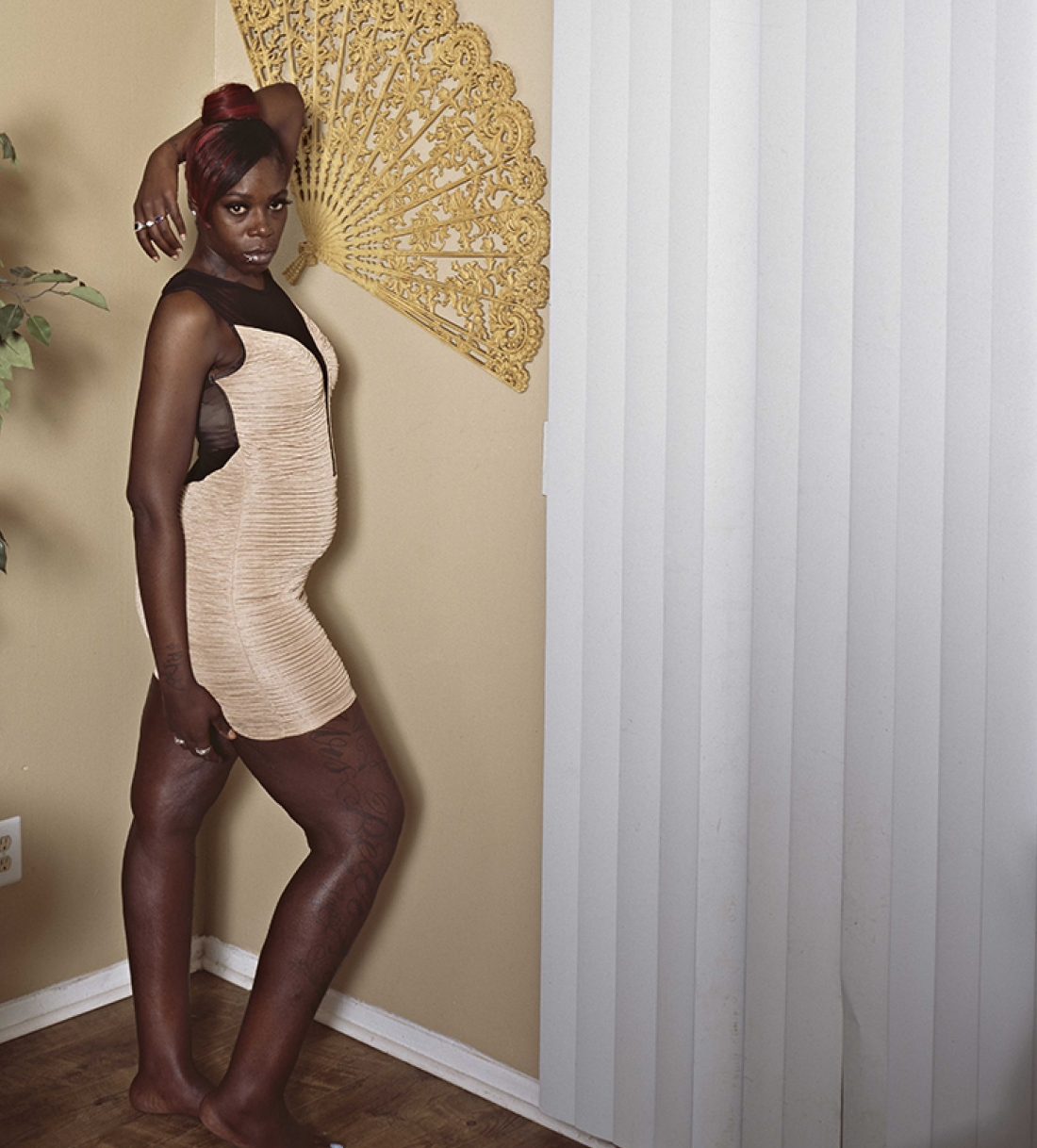 Deana Lawson envisions her subjects creating an “extended family” and an expression of what bell hooks has described as “loving blackness,” in which black life is reclaimed by the visionary artist from negative forces and perceptions into a larger narrative. Uncle Mack and Shawntel are portrayed in bare domestic interiors accented with heirlooms such as the framed family photograph hung above Uncle Mack. Their skin glistens in the bright lighting in which Lawson illuminates them and their full potential as subjects as they confidently return the gaze of the photographer—and the viewer. Both figures dynamically pose backed against the corner of a room yet within a pace of a window leading to the outside. In Portal, Lawson pictures a seemingly ordinary black hole worn into a brown sofa that Zadie Smith writes, “opens up a portal between the everyday and the sacred, between our finite lives and our long cultural and racial histories, between a person and a people.” Like the littoral view seen in Lawson’s Funereal Wallpaper, the Africa-shaped icon in Portal transports the artist, her subjects, and her viewers across space and time.

Gordon Parks, on the subject of his own portrait-making said, “the responsibility of breaking down any barriers that stood between them and my camera belonged to me.” Derrick Adams and Deana Lawson’s creative methodologies and innovative styles elevate the American family to a higher plane of subjectivity, each elevating the ordinary into something extraordinary.

American Family celebrates Adams and Lawson’s receiving Gordon Parks Fellowships in 2018 for their achievements in social justice and representation in the arts. “Like Parks,” Lawson has said, “my motivation is to give meaningful texture and complexity to images of global black culture.” Adams adds, “Parks’ influence…goes beyond the visual, into the meaning and purpose of why I feel it’s so important to show the many facets of black American life in ways that shed light onto the complexity and richness of our past, present and future.”

The responsibility of breaking down any barriers that stood between them and my camera belonged to me.

Derrick Adams, The Citizens, 2018 (Courtesy of the Artist) 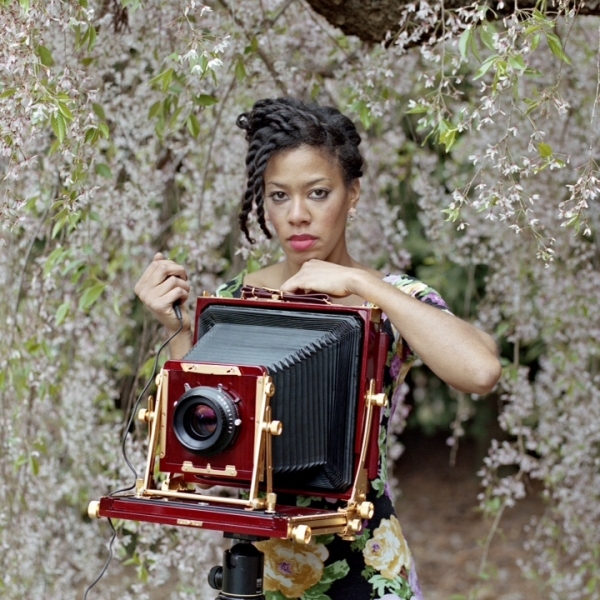 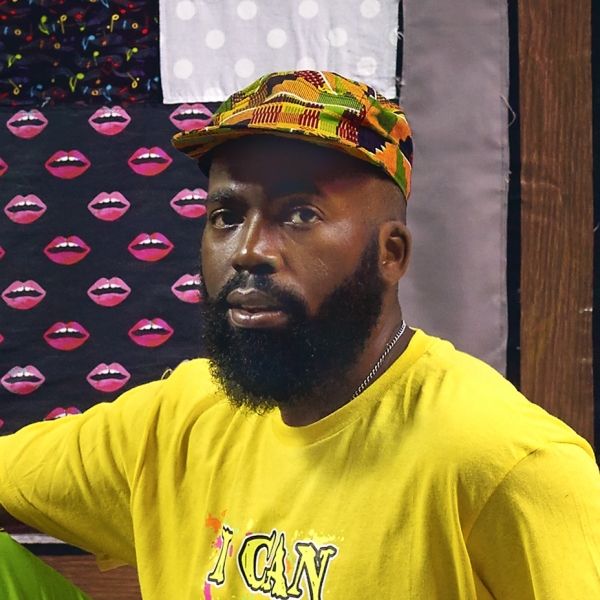 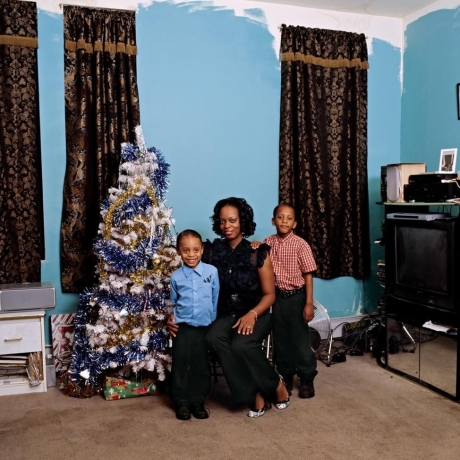