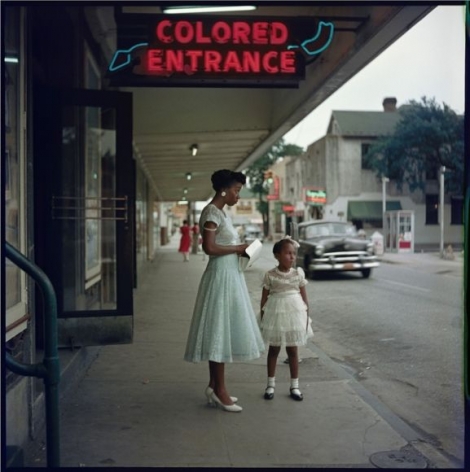 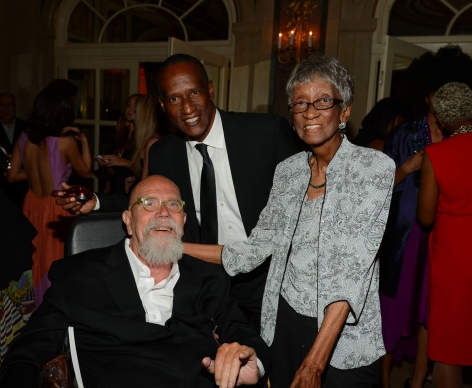 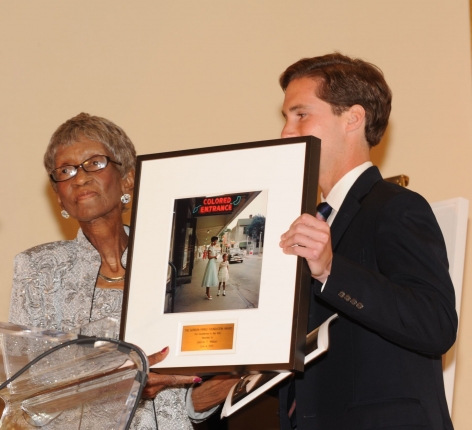 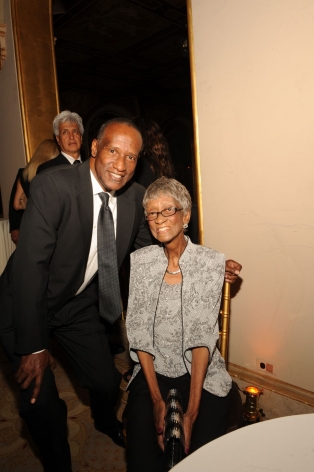 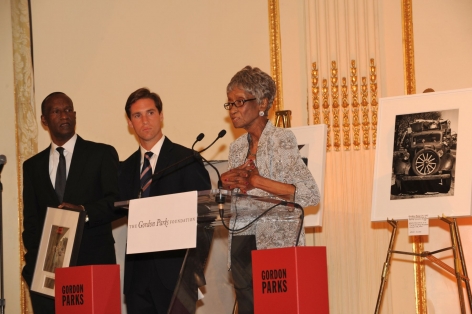 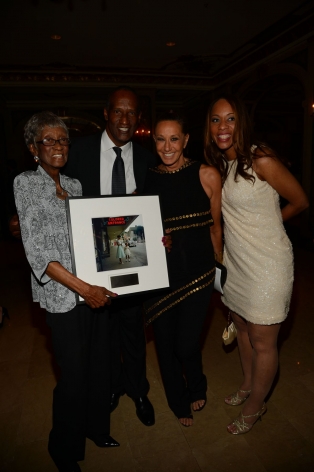 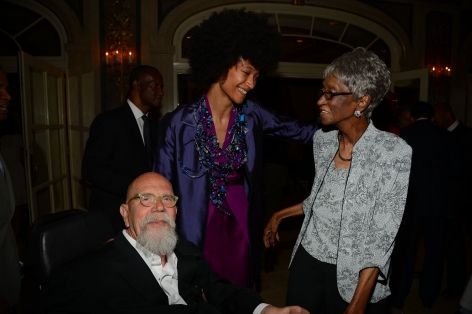 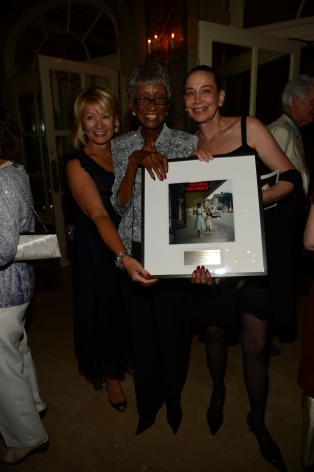 Joanne Thornton Wilson was our Special Guest at the 2013 Gala. Gordon Parks photographed Joanne in 1956 in Mobile, Alabama as part of a Life magazine story on segregation.

In September 1956, Gordon Parks published a photo-essay in Life magazine—“The Restraints: Open and Hidden”—which documented the everyday activities and rituals of one extended African American family living in the rural South under Jim Crow segregation. One of its most powerful images depicts Joanne Thornton Wilson and her niece, Shirley Anne Kirksey. They are standing in front of a theater in Mobile, Alabama, perfectly attired in elegant, frilly dresses. The scene’s lighthearted mood is interrupted by a single, painful detail: the neon sign above them that reads, “Colored Entrance.”

We usually associate civil rights photography with dramatic images of historic events. But Parks’s photograph allows us to understand that the battle for racial equality and justice was waged not just through epic demonstrations, speeches, and conflagrations, but also through the quiet, but no less effective, actions of individuals.

Ms. Wilson was one such brave individual. White supremacists in the South understood the power of the camera to expose their actions and turn the nation against them. As Parks later recounted, the risk of retaliation for participating in the Life story was great, both to the photographer and his subjects. But neither Gordon Parks nor Joanne Thornton Wilson would be intimidated.

When Ms. Wilson stepped out to enjoy an afternoon with her niece, she stepped into history through a single, brilliant photograph. What we see in Parks’s image is a determined and self-possessed woman, defying stereotypes and steeling herself against the poisonous tide of oppression that threatened to engulf her and her family. Her humanity under assault, she chose—in her own way—to fight back. In so doing, she helped change the world.

FEATURED IN THE NEW YORK TIMES