This is the first exhibition to explore the creative exchange between two exceptional figures of twentieth-century American culture, the photographer Gordon Parks and the writer Ralph Ellison.

Invisible Man: Gordon Parks and Ralph Ellison in Harlem illuminates the creative exchange, profound perceptions, and powerful creativity of the seminal photographer Gordon Parks and the author Ralph Ellison, whose Invisible Man is a milestone in American literature. The exhibition, resulting from new scholarship, features over fifty rarely seen prints and contact sheets by Parks and facsimiles of little known texts by Ellison, and is enhanced by archival material.

By the mid-1940s, both Gordon Parks and Ralph Ellison were living in Harlem. The neighborhood had a reputation as the cultural center of black America, but it had also become a national media symbol of social turmoil and economic deprivation. Both men were inspired by a shared view of racial injustices and a belief that, when carefully chosen, words and photographs could effect meaningful change. The two aimed to bring to national consciousness the black experience in postwar America, with Harlem as its nerve center. Parks’s earliest photographs of Harlem, which focus on individuals and their experiences, introduce the exhibition.

Parks and Ellison joined forces in 1948, for the photo essay “Harlem Is Nowhere,” which centered on the newly opened Lafargue Clinic, the first racially integrated psychiatric clinic in New York City. Ellison’s text suggested that social and economic problems affecting Harlem residents reflected systemic problems found across America, and he represented the clinic as a refuge from racism. 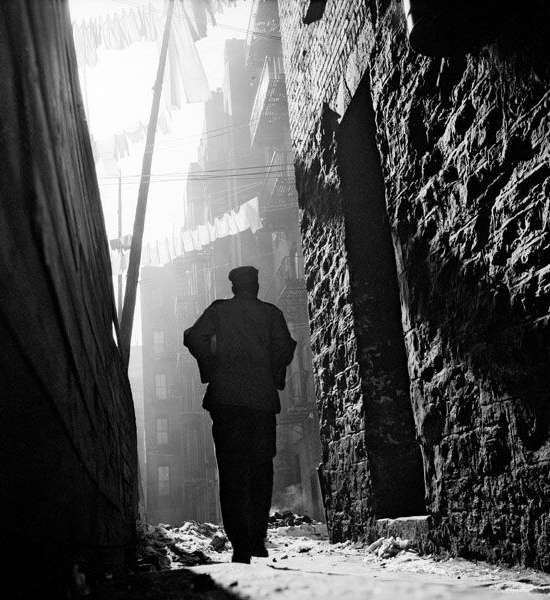 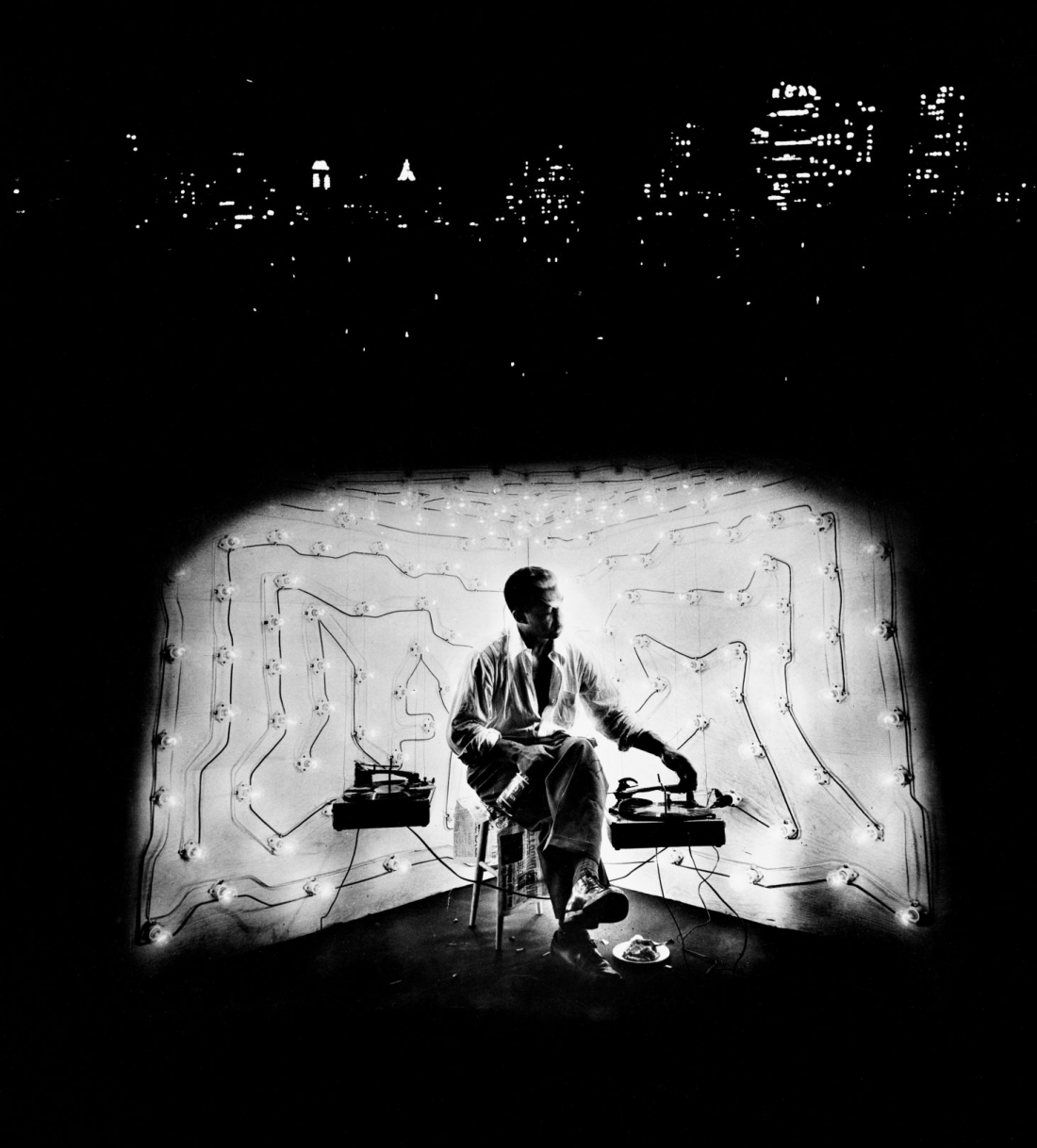 He enlisted Parks as his collaborator and wrote a set of guidelines (a facsimile of which is included in the exhibition) challenging the photographer to create images that served as “both document and symbol; both reality and psychologically disturbing ‘image.’” Their work, sadly, was never published, as the periodical that commissioned the piece,’48: The Magazine of the Year, had declared bankruptcy. The exhibition reunites Parks’s surviving photographs and Ellison’s accompanying image captions to best approximate the original work.

In 1952, Ellison published Invisible Man, which recounts the journey from the Deep South to Harlem of an unnamed black protagonist, and his awakening to his condition of invisibility—the realization that no one can see beyond what is projected onto the color of his skin. Within months of the novel’s publication, Parks, the first African-American staff photographer at Life magazine, readied the photo essay “A Man Becomes Invisible” for inclusion in the magazine. Inspired by Ellison’s text, Parks shot photographs that depict the novel’s key Harlem scenes, and, like the author’s prose, collapse distinctions between realism and fantasy. Parks’s images are strikingly varied, including street photography, staged images shot in elaborately constructed sets, and surreal photomontages. Only four of these photographs were published in Life, but the dozens of surviving prints and contact sheets in the Parks archive point to a larger, unrealized project. The exhibition pairs Parks’s photographs with passages from Invisible Man.